This bike was made by Lance Claudel late in the 1920s, at a time when he was apprenticing for Willy Appelhans. 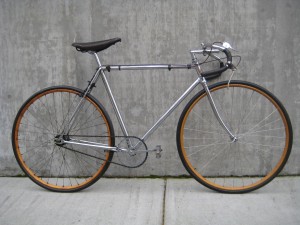 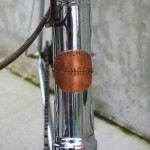 The bike is a terrific riding road model, even by today’s standards.

A durable three-speed hub gave the rider a few gears to choose from, at a time when road racers typically toughed it out with a single speed.  A shift lever up on the handlebars must have made this cyclist the envy of his friends. 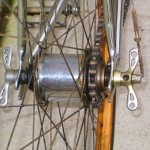 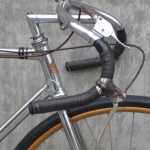 Shift levers up on the bars in the 1920s 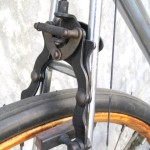 The ingenious rear brake has a similar pivot design as Campagnolo’s Delta brakes from the 1980s, and it actually had some stopping power.