People look back fondly on Schwinn’s balloon-tire cruisers of the 1950’s. We understand. Those were pretty stylish bikes, but they were outrageously heavy and inefficient… And they were designed for children who sometimes weighed less than the Schwinn they were riding.

Some Schwinn fans reminisce about the 5-speed Sting-Ray or Krate models, bikes that when ridden aggressively were likely to impale the rider with a handlebar end or the shifter knob, bend a fork or break a frame.

Some folks reminisce about Schwinn road bikes… Don’t get us started on the Schwinn Varsity 10-speed.

This Schwinn Cimarron, on the other hand, deserves some nostalgia.

In 1987, Schwinn had it right. This mountain bike was designed with a slack head tube angle and lots of fork rake, nice design elements that made the bike handle beautifully on the trails and kept the rider fairly stable at high speeds. The old Nitto handlebars were wide and put the rider in a comfortable upright position, and the ergonomic molded grips felt great. 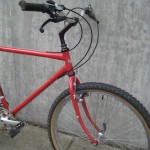 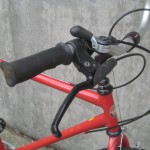 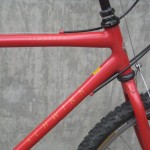 The frame was made with strong and springy Tange steel tubing. Schwinn picked some of the best components available at the time too. There’s the venerable Shimano Deore XT component group (18 “Indexed” speeds), Araya RM-20 rims (simply the best available in ‘87), a Suntour XC Pro seatpost and a Nitto stem (with the front brake cable stop drilled into it). 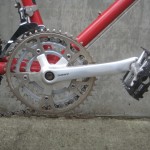 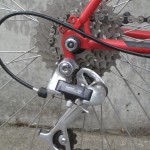 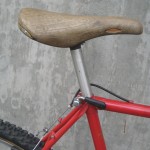 Unfortunately, if you love Schwinn for the “Made in America” thing, this one doesn’t quite do it. This particular Cimarron was designed in America (really well) but built in Japan. And sold in Bellevue.

Actually, about a quarter of all Schwinns sold in 1987 were still made in America.  The Chicago headquarters handled design, marketing and logistics with a manufacturing plant in Greenville Mississippi building frames and assembling a portion of the bikes. We have been informed by more than one former Schwinn employee that these Cimarron models were made in Mississippi. We’ll take their word for it, but this particular bike has a “Made in Japan” decal on it so we’d have to assume this one came from Schwinn’s Japanese contractor Panasonic who produced the rest of the line. 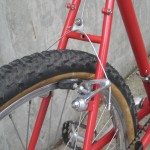 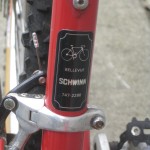 So one of the reasons we think this ‘87 Schwinn is a great bike is that mountain bike design departments went a little nuts in the ‘90’s. It’s fun to see early bikes like this one had it right in the first place. At least, it’s fun to see the industry return a bit to where things started. Mellow-handling bikes, wide handlebars, upright riding position, function over form.

If you were designing a mountain bike in the ‘90’s, you kind of forgot that in order to go fast and have fun a rider needed to be comfortable on their bike and that riders had to be able to steer around obstacles. Instead of making bikes like this Schwinn, a ‘90’s era bike would have handlebars that were 5 inches narrower set 6 inches lower with a much steeper fork angle that got progressively steeper as the 2 inches of suspension travel compressed.

Maybe people aren’t nostalgic for their old Schwinn Cimarrons because they fell on their heads a few too many times while riding their next bikes.