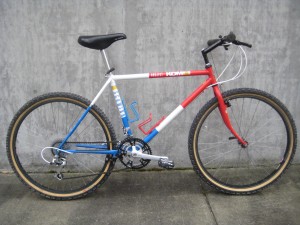 Take a look at this Schwinn mountain bike from 1988.

This is the “Project KOM 10” model, KOM meaning King of the Mountain. It was a pretty sweet mountain bike back in ‘88, and a good representation of what the big bike brands were offering at or near the top of their off-road lineups.

What could you expect for around $800? Schwinn, like most of their contemporaries, would offer a pretty nice butted-tubing steel frameset or a straight-gauge aluminum one (Schwinn went with the Tange Prestige steel in this case). You could expect to see Shimano’s Deore XT equipment like on our KOM here or component rival Suntour’s XC Comp or XC Pro parts. Araya RM-20 rims were a must in 1988, it was pretty likely that you’d have a roller-cam or a U-brake mounted down by the crankset, the handlebars were likely to be straight and about 22 inches wide, and the pedals almost certainly had toe clips bolted to them (this one did but we took them off). 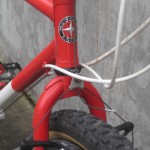 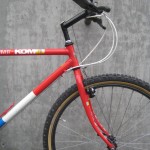 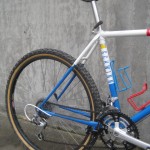 All in all, Schwinn played the mountain bike game by the numbers here. The KOM is nearly an exact copy of the Panasonic MC 7500, and pretty similar to bikes that Bridgestone, Specialized, Diamondback, Miyata, Univega, Bianchi and Ross had to offer at the time.

The Project KOM moniker hinted that this was somehow a super light bike for climbing up rocky ascents, but without anything really radical in the parts department or with the frame design, it was best to take “King of the Mountain” to mean the top of their own mountain bike lineup. 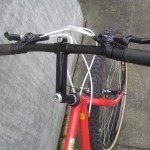 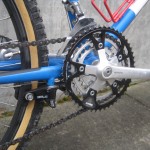 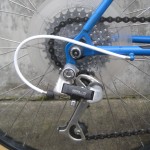 The thing that we like about these mountain bikes from the late ‘80’s is their (unintended) general usefulness. Sure, you could enter a mountain bike race or have an all-day adventure exploring the fire roads and hiking trails outside of the city limits. That was exactly what the magazine and catalog pictures showed their models doing.
You could also use one of these bikes for a work commute or a run to the video store. With homemade studded tires, this was your snow bike. Add some smooth rolling tires for the streets and you could have a nice “hybrid” or “trekking” bike.
Mountain bikes like this one worked well for multi-day loaded tours. As long as you could figure out how to get racks installed (since many top-end bikes like this one lacked rack eyelets) they worked great. Unlike a typical road bike from the era, fenders could be attached to help ward off the cold and wet. 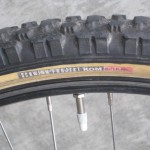 Tires labeled for the bike 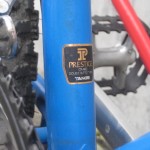 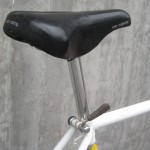 Today, bikes are designed with a very specific rider and intended use in mind. Walk into a bike shop and take your pick. Want to see a bike designed for long-distance touring and capacity to carry 70 pounds of gear? A bike designed for day trips on mixed surfaces with 30 pounds of luggage? A mountain bike for cross-country racing with the high school league? How about an Enduro mountain bike, designed with enough suspension and control for rugged downhill trails but efficient enough to pedal uphill?
These days, with such nuanced bike design it’s possible to get exactly what you want but also quite possible to pick incorrectly and wind up with something that really stinks for the types of adventures that you have dreamed up.

Back in 1988, there was hardly any of this nuance.