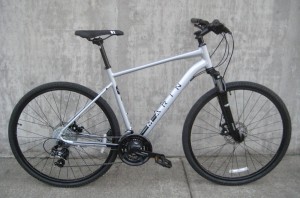 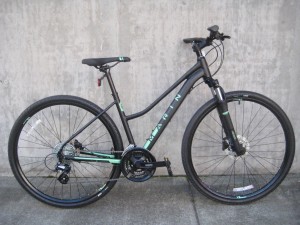 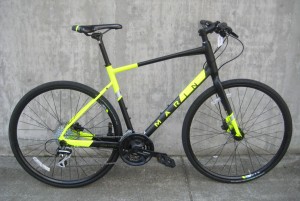 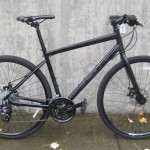 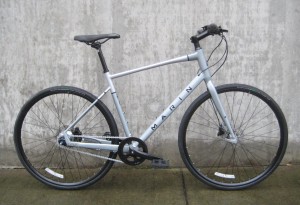 Let’s say that you’re looking for a bike for your commute. If one of the features that you’d like is an internal hub shifter, your choices are a little limited.
There are a fair number of new bike brands that pop up every day (mostly via Kickstarter campaigns) that will incorporate internal gear hubs. This is mostly because these brands are started by people who have no idea how to design a practical bike, and derailleurs merely offend their design sensibilities by disturbing the “lines” of their sleek modern creations. These internet-only bikes wouldn’t stand up to test rides or dollar-for-dollar comparisons if we had them in the store.
What we do have is a line of well designed urban bikes made by a 30 year old bike brand. With Marin you can choose among four models that offer internal gear hubs (some with belt drives). Not only will you get a bike that looks elegant and simple, you’ll get a bike that handles right, has attachment points for fenders and racks (in the correct spots), brakes that work, saddles that are comfortable, and seven sizes for the right fit. 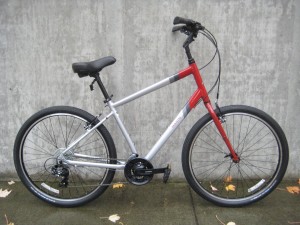 Marin’s comfort/recreation bikes are built to just hop on and go riding.
Marin designed the Stinson so that It could be ridden comfortably in regular clothing. The seat has ample cushion, so there is no need for padded bike shorts. The grips feel right without gloves, and the chainguard keeps your pants from getting snagged in the works. An upright position and stable handling makes this bike work well for a new bike rider or someone who wants to pay attention to the scenery, not to their aching neck.

The Stinson uses bigger cruiser-sized tires (think mountain bike tires, but smoother) to give the bike a soft and stable ride.
A lot of people think that they want a beach cruiser bike for roaming around the neighborhood. A great idea, but beach cruisers are not ideal for the Puget Sound region. Beach cruisers typically have a single speed (which makes it tough to climb up hills), swept-back bars (which make the bike hard to control if you get up out of the saddle) and coaster brakes (which don’t offer enough stopping power on hilly terrain or wet streets). Don’t buy a beach cruiser. Buy this Marin. 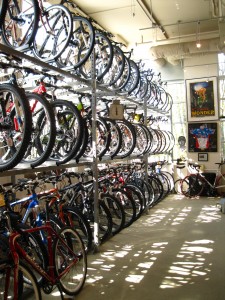