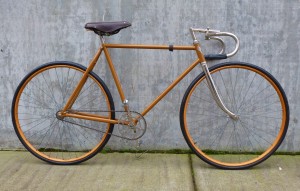 “Iver Johnson engineers are not — and have never been — content to build a “just as good” cycle, or to copy the features of other makes.  They have pioneered.”  – 1917 Iver Johnson Arms & Cycleworks catalogue

Famous for their firearms (unfortunately known for being extremely reliable, as President McKinley and Senator Robert Kennedy were both killed by assasins using Iver Johnson revolvers), Iver johnson also made some great bicycles for over fifty years. 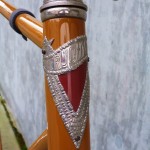 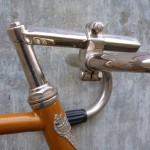 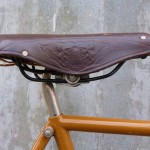 When the Iver Johnson Arms company diversified into bicycles they had some truly novel and pioneering ideas.  They developed a truss-bridge style frameset.  They sponsored Marshall “Major” Taylor, one of the first superstars of the sport (a black professional cyclist and World Champion in 1899 and 1900).  They delivered a well-designed product like this special racer at affordable prices (only $55 in 1920). 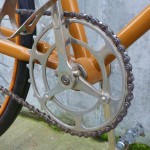 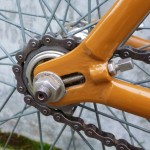 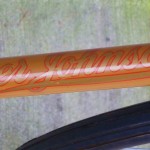 This particular bike was owned by a fellow named Barney Winters, and it came with all the goodies.  Thick enamel paint, bright nickel plating, and a full complement of Chater-Lea components.

The Iver Johnson company closed down their bicycle production as they ramped up arms production for World War II, but the bikes that survive today are real gems.