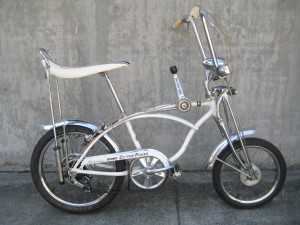 A Schwinn Sting-Ray “Krate” bike from 1970. This one is always a crowd favorite.

It’s an iconic bike. So iconic that we use a silhouette of a similar bike on the back of our T-shirts and nobody has to wonder what it is. When you look at this bike you probably feel waves of nostalgia for your youth even if you never had one of these bikes as a kid. The Sting-Ray has that effect on people.

Now, a cursory glance and you may think that this bike is all about form over function. All style, no substance. That’s your glance backwards as an adult, not seeing it for the first time as a kid. 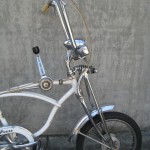 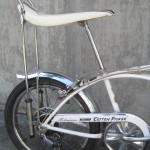 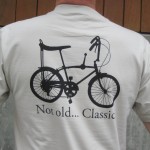 If you were transported to 1970 and had the chance to ask a 10-year-old about his new bike, it would be clear that Schwinn nailed the design here. It’s all about function.

First, the banana seat. The great thing about it is that there’s enough room on it for your best friend to “buck” a ride with you on the bike. Then there’s the handlebars and small front wheel, which besides lending the bike a chopper-like appearance makes riding wheelies really easy. The springer front fork and sprung sissy bar that supports the saddle means that you can bounce up and down on your bike or repeatedly ride over curbs just for fun. The stick shifter? It’s just like the one in your brother’s car and you can make cool revving sounds as you change gears. The ineffective 4-pound drum brake on the front wheel? It just makes rear tire skids all the more frequent and awesome. 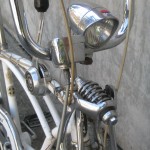 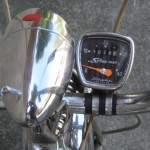 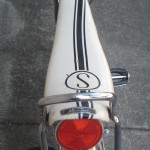 The fact that Schwinn designed this bike to resemble a muscle car of the era does not mean that they made a style decision at the cost of performance. The design made dad and older siblings jealous. That was enough. 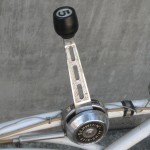 Five on the frame 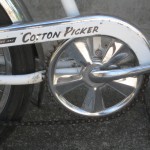 A note about the rarity of these bikes and the somewhat racist name & color combination: The Cotton Picker was made for only two years and was built in only slightly larger quantities than the 1971 Grey Ghost. While apologists would like to think that the folks at Schwinn realized their gaffe of making an expensive white bike while conjuring up images of poor black farm workers and stopped production, but the real reason that these bikes are rare is right before your eyes.

The color choice is all form over function.