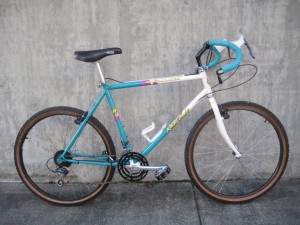 Despite certain design elements and an appearance that would suggest otherwise, this old Specialized RockCombo isn’t the grandfather of modern gravel bikes. The RockCombo didn’t evolve into the 2020 Specialized Diverge simply because the RockCombo never had any kids;  it was an evolutionary dead end.

It’s too bad that this model didn’t have staying power, it seemed like a good idea. Part mountain bike, part road touring. 26″ wheels for quick acceleration and better lateral stiffness than 700c wheels along with more plentiful tire options. The Suntour and Specialized branded parts were robust and worked pretty well. The RockCombo was more fun to ride than a typical touring bike, the steering not as sleepy and the tires not as slick. It had design elements that made off-road trails something to entertain rather than avoid. The dirt-drop handlebars and upright position made the RockCombo super comfortable to ride. In fact it was probably more comfortable to ride than any contemporary bike except maybe beach cruisers and dutch bikes designed for short trips with minimal efficiency. 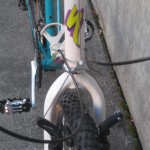 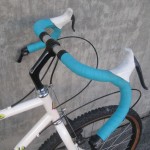 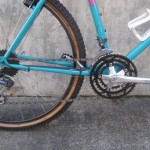 So what was the problem?  Maybe it had to do with consumer habits…

In 1989, mountain bikes were new and awesome. The American public was finally getting good coverage of the Tour de France on television so road racing looked fast and fantastic. Charity fundraiser bike rides took place every summer weekend. You had at least three coworkers at the office who did triathlons. By my count those facets of the sport required at least three different bikes, and Americans were gear junkies in the ‘80’s and ‘90’s. Maybe nobody was looking for one bike to do it all?

Maybe Specialized didn’t invent the gravel bike in 1989 because original mountain bikes actually were gravel bikes? At the time, mountain bikes were relatively efficient on the asphalt and they handled gravel roads easily. Thirty years ago nobody was pedaling against plus-sized tires and an extra ten pounds of suspension, disc brakes and dropper seatposts.

In 1989 the moniker “All-Terrain Bicycle” was still being bandied about. In many ways that name was more accurately descriptive for the bikes people were buying than “Mountain Bike”. Off-road bikes had flat handlebars that were about 24” wide and the most common upgrade were handlebar-end extensions that gave a rider extra hand positions like with a modern gravel-bike drop bar. Vintage mountain bike gearing included three front chainrings, with a big ring that was really only useful for high-speed riding on the road. 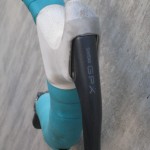 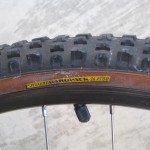 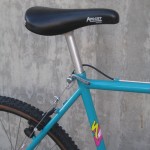 Yes, despite modern success with do-everything models this vintage ride from 1989 never went anywhere for Specialized. Thirty years ago, nobody was interested in a new bike that could do everything reasonably well. Mountain bikes were selected for neighborhood rides with the family because they were new and rugged looking like the S.U.V. in a suburban driveway. Carbon fiber racing bikes were purchased for daily commuting just like sports cars were for the same task. Look fun and feel fast.

Today we’re often looking for one item that will do the task of three. Why carry a camera, a map and your wallet to travel when you have your phone? Why have a road bike, something for cyclocross or commuting and a mountain bike all hanging in the garage? A gravel bike would handle it all…

Specialized had the right idea, but nobody wanted the combo. Yet.