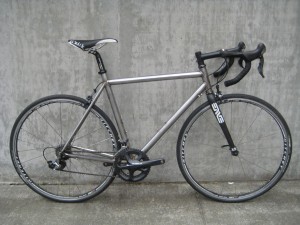 Sometimes, it’s best to leave a famous bike in “as used” condition.

This is a stainless steel Ritte Snob road bike, a prototype built by Russ Denny in 2011.

The bike looks like it has been through hell. The pictures may not convey the use, but in person you can smell smoke. It sits smoldering like an ashy husk after a fire. The tubing is peppered with surface rust spots. The Shimano Ultegra 6700 components are still functional but they groan and protest when you touch them. The bike has a Ritchey wheelset that is still round, but the braking surface is worn paper-thin and the brake pads are nonexistent.

In other words, it’s perfect.

Just like the muddy bike taken from Tom Boonen after winning the cobbled classic Paris-Roubaix, broken spokes and race number intact, this road bike is a preserved trophy, but of a more important part of the bike world than any old race or racer.

This Ritte survived the most grueling bike magazine or website review in history, and it was reviewed by the best. BikeSnobNYC. 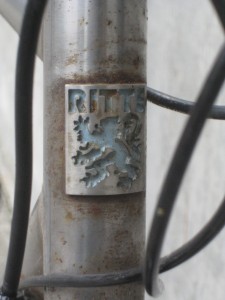 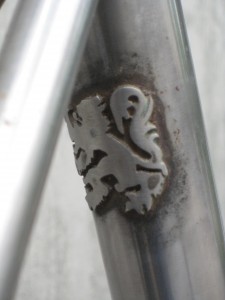 The gear side of the sport has always had the greatest draw for us, and professional bicycle reviewers let us experience the best equipment without having to pedal (or pay) for all this stuff ourselves.

Giants of the sport include Mike Ferentino of Bike Magazine, a columnist and equipment reviewer who brought late ’90’s mountain bike culture to life and once fended off a grizzly attack with a Campagnolo peanut butter wrench. James Huang of BikeRadar narrowly avoided insanity drawing comparisons amongst two dozen identically equipped 2017 matte black carbon fiber racing bikes. The staff at Mountain Bike Action once used so much scientific vigor that they were able to declare a winner in the “Raddest Gel Saddle Shootout Ever”…. But nobody beats Eben Weiss.

Writing for his BikeSnobNYC blog, Eben is a fearless reviewer. Wanting to clear Outside Magazine’s “To do” board, he personally finished their review of a 1917 Meade touring bike. Unafraid to try $500 Assos cycling shorts with something called a “KuKu Penthouse” sewn into the crotch, he completed the review aboard a $200 Scattante city bike, and later machine washed the shorts on “warm”. Eben was the first bike reviewer unwilling to allow the use of a sepia filter when he was photographed in Rapha clothing, and in one harrowing review he managed to escape enslavement at the Brooks saddle factory, making his way back home to his family after a daring escape aboard a stolen Brompton folding bike. 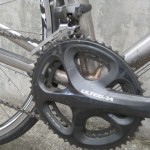 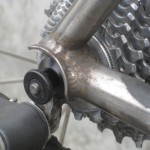 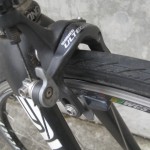 The brake pads had actually rotted away

These reviews were mere marketing press releases compared to the Ritte test.

Long after human civilization collapses, bronze statues and stainless steel household items will still be around. Naturally Eben wanted to find out if the Ritte would be the best choice for surviving cyclists.

Compressing 7000 years of bike neglect into only 7 proved daunting, but doable. New York City weather and road chemicals actually begat rust on the stainless steel. Maintenance performed with simple bronze tools kept the Ultegra equipment running (barely). Thousands of laps around Central Park proved that the bike would hold up as long as humanity could pedal. The bottom bracket creaked a little.

In a long-term series of reviews where the term “rust bucket” was used more often than Bicycling Magazine uses “carbon hoops” to describe wheels, the road riding public knew that we all had to buy a Ritte Snob. It was a solid choice.

Read the magic for yourself here:  https://bikesnobnyc.blogspot.com/search?q=Rust+bucket