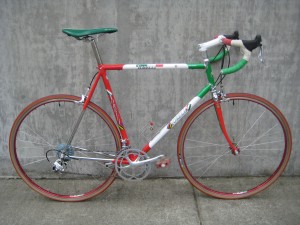 It might take an extra second or two, but I’d bet that people who are color blind can still figure out where this racing bike was built.

This is a very Italian Torelli racing bike built in 2002 to commemorate the 20 years that had passed for Torelli in the bicycle design and import business.

Would you believe that Fausto Torelli, a wizened old hermit living in the Dolomite mountains forged the bike frame from spent shell casings left over from World War II?
No? Good. That kind of mythology does nothing to convey the fabulous blend of new technology, refined materials and decades of experience that went into the construction of this bike. 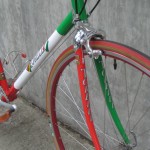 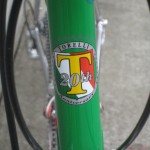 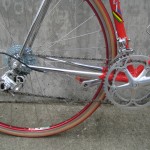 Antonio Mondonico silver-brazed the Columbus EL nivacrom steel tubing into custom lugs following a trip to Torelli dealers in the United States. While on the trip, customers for this limited batch of 100 bikes were sized up, their component preferences were noted, and their tolerance for flashy Italian flag-themed paint jobs was measured. 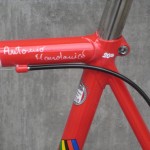 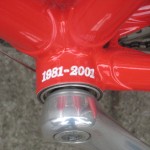 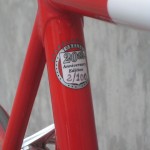 Torelli, an importer dealing with any bike related items that are particularly fantastic, helped with the parts. The drivetrain is all Campy Chorus. The Campagnolo Chorus parts kit eschewed carbon fiber, instead proudly boasting the cold-forged aluminum construction that made the Italian brand so iconic. 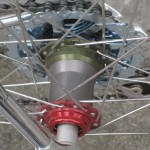 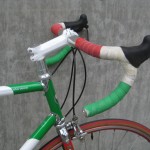 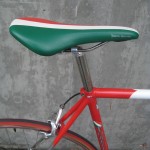 The hubs, built in Italy and re-labeled as Torelli, are amazing. Besides spinning smoothly and holding the wheels together like good hubs are supposed to, these things have flanges that screw off so that colors can be changed and spoke counts can be different without buying new parts.

The rest of the parts are a showcase of the great stuff that Bill McGann (the Torelli founder) could source from Italy and other cycling hotbeds. There are Torelli-badged tires (probably made by Vittoria), Torelli saddle (Selle San Marco or Selle Italia), and Cinelli bar tape. The wheels are made with Torelli rims (made by Ambrosio), and a stem that looks an awful lot like a Ritchey to us.